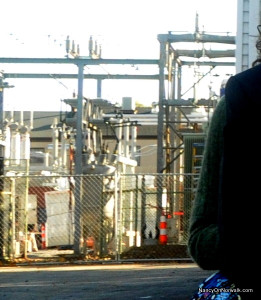 NORWALK Conn. – TTD, Norwalk’s Third Taxing District Electric Company, has completed construction and begun operation of the Fitch Street Substation, according to a press release. What’s more, the facility came in on schedule and within the $7 million budget.

The Fitch Street Substation was completed in less than 33 months, according to the release.
TTD General Manager Jim Smith said Tuesday the entire project was paid for by cash reserves the district set aside over the past five to seven years.

Smith said residents should not notice any changes, “other than the fact that our service should even be more reliable due to the fact that we are now taking power directly off the transmission system, as opposed to two underground CL&P feeders.”

He also said the new substation will save the district money by eliminating transmission charges from CL&P “by about $500,000 a year and receiving an additional $250,000 per year from the New England ISO ( grid operator ) as a transmission owner.”

Based on those figures, he said, the facility should pay for itself within “five to seven years.”

Smith credited the TTD staff and the partnership with Eaton Corporation for keeping the project on-schedule.

“Under the guidance of Joe Cristino and myself, our dedicated staff has worked long hours to successfully complete this project on-schedule and within budget,” he said in the release. “I am proud of the team involved in every aspect of this process, and we’re proud that Fitch Street is now energized for our community and customers.”

TTD completed testing over the past 10 days, and final testing of the substation was completed without connection to TTD’s system, minimizing any possible impact to TTD customers, the release said.