Lightning is powerful! Here are some facts to light up your day!

How hot is a lightning bolt?
Only about 54,000 degrees Fahrenheit — roughly five times hotter than the surface of the sun! How much energy is in a lightning bolt?
An average lightning bolt can release enough energy to operate a 100-watt light bulb for more than three months straight (about 250 kilowatt-hours of energy).

Where does lightning begin?
Lightning starts in cumulonimbus clouds — aka thunderheads — which have a positive charge up top and a negative charge below. We don’t know how the charges start, but water droplets and ice crystals carry them.

How does it work?
That negative charge in the cloud creates a positive charge on Earth below, and the two charges start trying to connect and create a circuit. Ever seen electrical sparks jump across a space? It’s like that, but way bigger.

The air between the clouds and Earth blocks the connection — until the charge gets so strong that an electrical impulse called a “stepped leader” shoots down from the cloud.

The leader drops in steps of about 150 feet each at about 136,000 mph, until it almost reaches the ground. That’s when an electrical charge called a streamer rises up to meet it and complete the circuit.

How fast is lighting?
Then a bolt of electricity streaks back up along the leader’s path at about 62 million mph and creates lightning. More bolts can rise up the same path again right after. Because it all happens so fast, all we see is one bolt of lightning.

How big is lighting?
All that energy travels along a path about as wide as a thumb!

How dangerous is lighting?
The streamer can travel up through a building, a tree, or even a person, which can be fatal.
Lightning kills about 2,000 people a year, so stay inside during lightning storms. 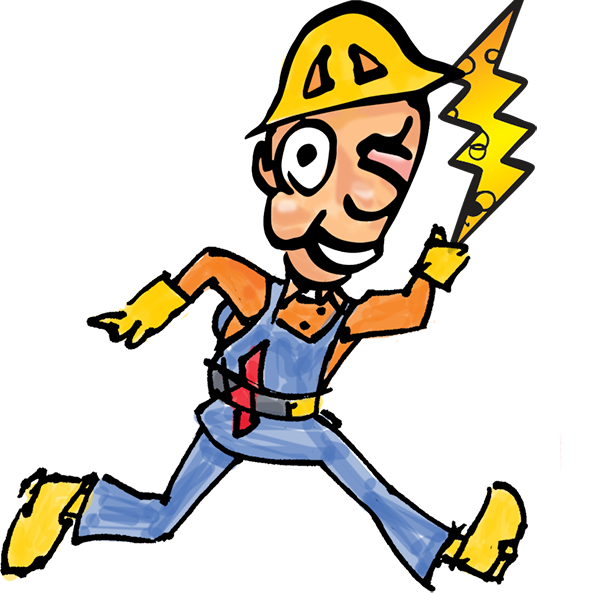 Stay tuned for more cool and fun updates to this page!

Kevin Kilowatt and the TTD crew!